“I would definitely recommend JOIN, especially for younger companies who don’t have the possibility to afford incredibly expensive HR tools. We could use JOIN for free, so that was simply a no-brainer. Even now we use premium ads with JOIN, it’s still much lower in price than most other tools.” 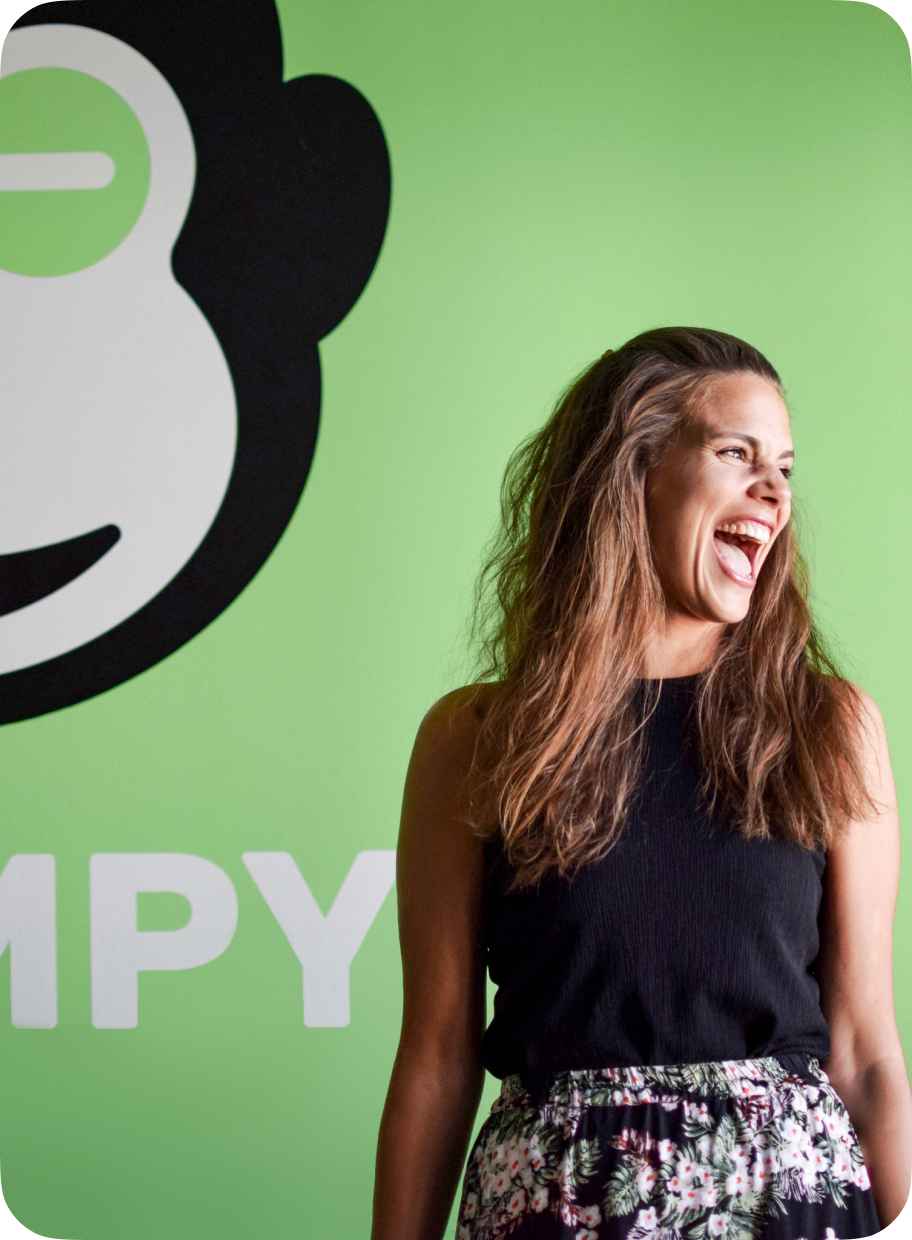 different job boards they use via JOIN.

countries in which Chimpy uses JOIN for their recruitment efforts.

team member being able to handle hiring across all markets on her own.

Chimpy was founded in April 2013. The original idea was to recharge batteries for local companies, but their mission soon shifted to providing power for everyone,Show more

Chimpy was founded in April 2013. The original idea was to recharge batteries for local companies, but their mission soon shifted to providing power for everyone, using solar energy at its source. This means they’re trying to be sustainable both on the sharing economy side and with the energy they use. They kickstarted their powerbank rental service, first launched in several bars in Zurich, Switzerland, before steadily expanding further and further. Since then, they have rapidly expanded into new markets, offering their powerbank rental service in six different countries (and counting)! Although the pandemic slowed down their hiring efforts for a while, the Chimpy team now intends to grow more over the next few years with the help of JOIN.Show less

“One of the main benefits of JOIN is that it saves time. Without JOIN, you have to put the ads on all the different platforms by yourself. With JOIN, it’s brilliant, it just spreads and collects all applications in one place. There are quite some standard platforms you don't even have to pay extra for.”

Quickly and cost-effectively hiring more candidates as a startup

Stephanie joined Chimpy 2.5 years ago as the main person responsible for everything to do with people, culture, and hiring. As the only person in Chimpy’s people department, she had to juggle a lot of different projects at once, with hiring being just one of them.

This meant that Stephanie needed the process to be as fast and smooth as possible to save time. And time wasn’t all that needed to be saved. As a small startup, the company didn’t have the budget or the resources to invest in expensive, complicated HR software to manage their recruiting efforts.

But not having any help at all wasn’t an option either. After all, Stephanie’s professional background wasn’t in HR and recruiting, which meant she didn’t know all the job boards out there nor which ones to use at first.

The main problems Stephanie and Chimpy needed to solve were to:

With JOIN, Stephanie found a cost-efficient solution to these three main problems.

“I’m definitely recommending JOIN. I think it’s especially useful for younger companies that don't have the possibility to afford expensive HR tools. I really like JOIN for recruiting.”

Stephanie and the team were planning a big push in terms of hiring. They wanted to grow their international team in the multiple (new) markets they operated in. This meant they had to find suitable candidates for their offices in Zurich, Hamburg, Barcelona, Paris, Milan, and Vienna.

Some of the roles they were hiring for included Marketing Managers and Business Developers, as well as a lot of interns in a variety of departments.

Freemium software at a fraction of the competitors’ prices

Stephanie already had experience with JOIN, having used our solution at a previous company as well. So for her, using JOIN to help Chimpy grow their team on a budget was the logical decision. As she explains:

“We could use it for free so it was a no-brainer, as most other tools are just crazy expensive. As a young company, you’re not able to afford it. Even when using premium job ads on JOIN, other tools are still much more expensive.”

The option to start using the tool completely for free was a big selling point. It meant that Stephanie and the team could easily start testing the waters, without having to commit to an expensive subscription.

She also quickly found out that using JOIN helped her save a lot of time in the process. Without JOIN, she’d have to post her job ads on all the different platforms separately herself.

But with JOIN, she just creates one ad inside JOIN, after which the ad is automatically multiposted to 10+ free job platforms. By going premium, she could even promote a single job ad across 100+ job boards, all through JOIN.

As the only person working on hiring for the entire company, this functionality was extremely important for her. It meant she could work much more efficiently and quickly, while saving her time to work on other projects as well.

Being able to multipost job ads across job platforms is great, as long as you know which platforms to target. This was an issue for Stephanie, given that she didn’t come from a recruitment or HR background herself. Luckily, JOIN was there to guide her along the way. Stephanie explains:

“I didn’t know all the platforms. So JOIN was good for me to see what platforms exist, and I got to know many new and small ones.”

But it wasn’t just the fact that she could easily find a list of partner job boards inside our tool. She continues:

“It’s cool as well that, depending on the job position, JOIN makes suggestions where to promote with a premium. This is really useful, as sometimes it’s hard to know on which platform best to push the job ad. So it works great for us.”

How does Chimpy hire with JOIN?

For Chimpy, JOIN is an essential part of the recruitment process. It helps them reach more talent and in a much faster way than without JOIN.

And since we recently launched our communication feature, Stephanie can now communicate with candidates directly inside JOIN, allowing her to use JOIN in yet another way during the recruiting process.

What does the recruiting process at Chimpy look like now?

Step 1: Start with planning positions that need to be filled

Step 2: Sit down with the team lead and write the job ad

Step 3: Use the JOIN job editor to create the job ad

Step 4: Multipost the job ad with JOIN across different platforms

Step 5: Screening applicants with help of team leads, qualifying or disqualifying inside JOIN

Step 6: First call done by Stephanie for all positions at Chimpy

Chimpy has managed to grow and expand their team into new markets over the last few years. They use JOIN for their hiring efforts in all their markets, helping them save valuable time and money.

different job boards they use via JOIN.

The most successful platforms for them right now are LinkedIn, Google for Jobs, and SwissDev.

countries in which Chimpy uses JOIN for their recruitment efforts.

Chimpy is now using JOIN for job ad posting across all the markets they operate in.

team member being able to handle hiring across all markets on her own.

With the help of JOIN, Stephanie has been leading a one-person HR department for 2.5 years now! 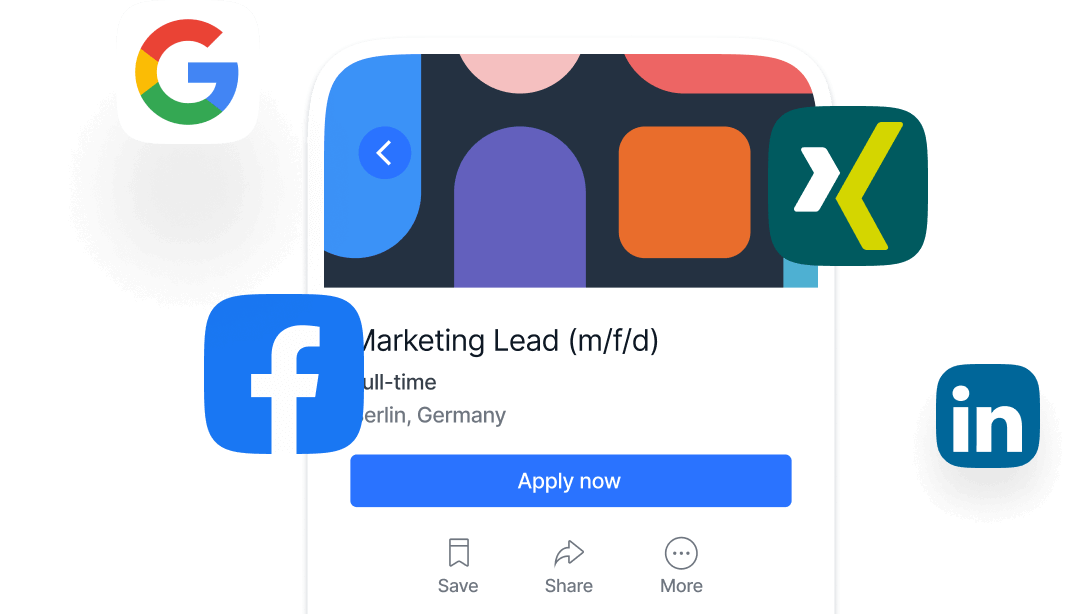